Choose from our all-inclusive new year yacht rental packages to enjoy a luxury charter experience and get front-row seats to Dubai's world-famous firework displays. All in all, each package option consists of a charter trip on a well-maintained luxury yacht model, premium food and beverages, a high-end audio system, and much more. 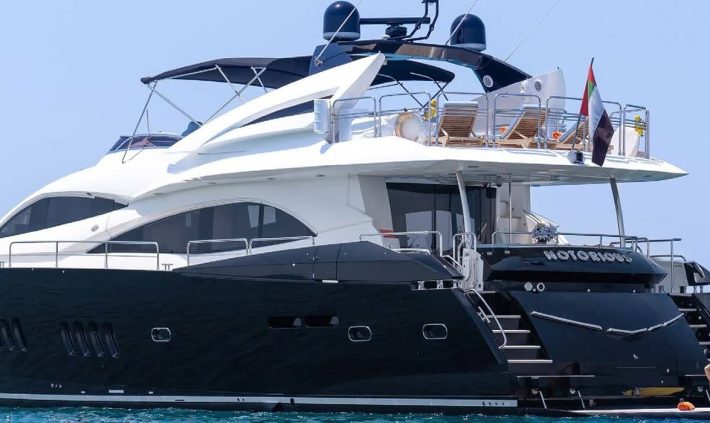 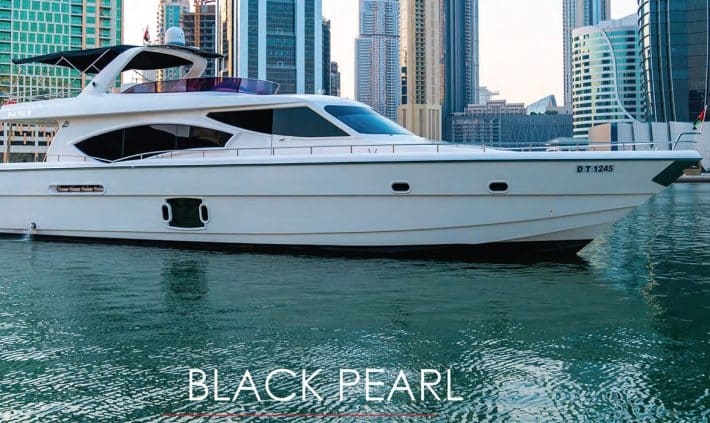 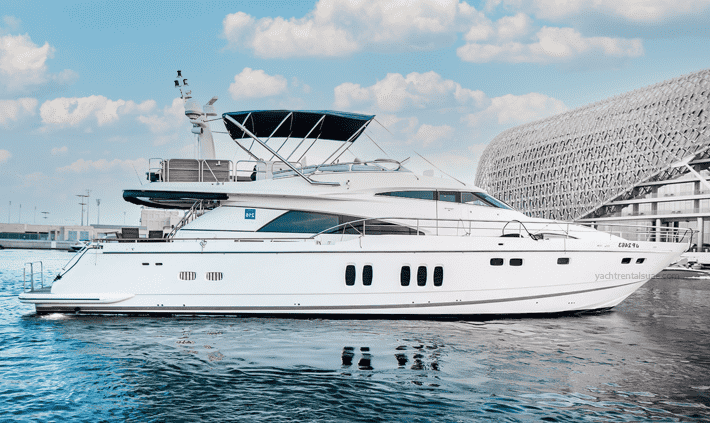 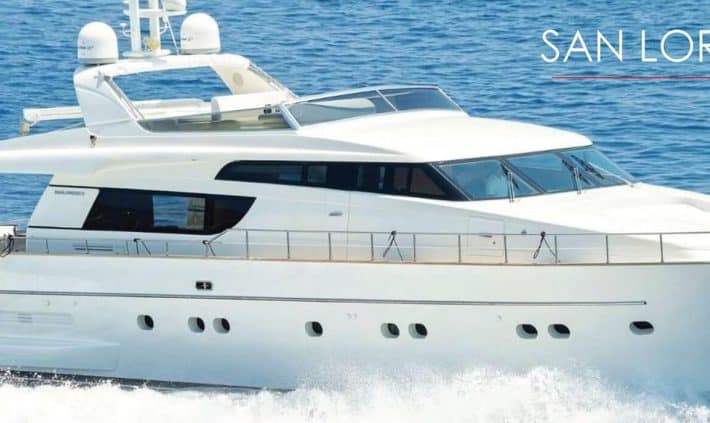 Our packages for new year’s trips in Dubai cover charters from 9 pm on New Year’s Eve to 3 am the next day. Specifically, there are several luxury yachts to choose from, including the 164 ft Benetti, the 72 ft San Lorenzo and the 85 ft Aicon.

The prices of the New Year’s Eve packages we offer start from 35,000 AED for 6 hours and go up depending on the luxury yacht model you choose. If the idea of chilling in a Jacuzzi while toasting to the new year sounds terrific to you, then the 164 ft Benetti is an excellent choice, which you can book for 350,000 AED. Or else, zoom over Dubai’s sea with the sleek 90 ft Sunseeker, which will cost you around 40,000 AED.

Spending New Year’s Eve on your own luxury yacht in Dubai gives you a chance to enjoy unrestricted views of the fireworks display. Furthermore, we provide the option to book a DJ for an upbeat celebration, and this is an ideal choice for large groups. Each luxury yacht we offer as part of the new year packages is well-maintained and equipped with state-of-the-art amenities.

Most popular yacht models for the New Year Eve

Check out our top yacht options for new year bookings and their respective package prices below.

Choose the right yacht for an unforgettable night

Here is a quick look at what you can expect with each of the top yacht models for your new year celebration.

Each New Year’s Eve package we offer comes with a range of worthwhile inclusions. From scenic charter routes and gourmet food and drinks to a state-of-the-art sound system on a well-maintained yacht, our team sorts out all that’s required for a lavish new year celebration in Dubai. Furthermore, each package spans 6 hours, giving you and your guests ample time to dine, dance, watch the fireworks, and even make new year resolutions in peace.

The following are the top New Year’s Eve package inclusions we offer for each yacht model.

Top facts about the New Year’s Eve celebrations in Dubai

Celebrating the new year in Dubai is a highly sought-after experience and for good reasons. Basically, to cater to the needs of the thousands of tourists that flock to the city during the holiday period, the emirate offers various opportunities, from free parking to grand firework spectacles.

The following are some of the top facts that make New Year’s Eve in Dubai so unusual.

Why celebrate the New Year Eve in Dubai?

The major reason why many people prefer to celebrate New Year’s Eve in Dubai is because of the fireworks displays the emirate features every year. Previously, while welcoming the new year of 2022, the city witnessed 36 firework displays across 29 major spots.

As the tallest building in the world, Burj Khalifa already attracts a lot of visitors throughout the year. It is undeniably even more incredible on New Year’s Eve. The fireworks display, particularly at the building during the new year, is considered to be one of the best in the world.

For this reason, thousands of people camp in the surrounding areas for hours just to witness it. Needless to say, this is not quite a private experience. Therefore, it is better viewed while enjoying the exclusivity of a luxury yacht in nearby waters.

Ain Dubai is the world’s largest observation wheel and is located in the upscale JBR area of Dubai. Its surrounding area form yet another popular spot for people to flock to during New Year’s Eve. Apart from fireworks, the area also hosts drone shows to keep viewers entertained.

On the negative side, just like the Burj Khalifa in Downtown Dubai, the area near Ain Dubai gets overcrowded too during the new year, and it is recommended to skip it. Instead, you can charter a yacht along Dubai Marina to get unrestricted views of the show.

Considerably close to the heart of the city and Dubai Marina, the upscale hotel Burj Al Arab puts in a grand fireworks display for the new year. Generally, the fireworks show there lasts for around 8 minutes. You can watch it easily while also enjoying a luxury new year yacht party.

Another popular location to watch the New Year’s Eve fireworks in Dubai is Palm Jumeirah. Brilliant displays light up the night sky at The Pointe in particular, and the backdrop of the Atlantis resort is simply marvelous.

While you are enjoying your yacht charter trip during New Year’s Eve, you can basically plan to anchor in a scenic location close to The Palm, where you can get the best views of both the Atalantis hotel and the fireworks at midnight.

All in all, the city of Dubai is incredible to experience during the new year, and it is undoubtedly a bucket list-worthy opportunity to explore on a yacht. In like manner, many people prefer to stick to the Dubai Marina side to watch the fireworks at Ain Dubai or Burj Al Arab on a yacht. In the same way, the Marasi Marina area is worthwhile as well due to the proximity of the Burj Khalifa.

We do what it takes to help you throw a luxurious and unforgettable new year party onboard a terrific yacht in Dubai Marina or any other top location you choose. In light of this, enjoy several premium inclusions like food, drinks, and music. This is evidently an epic way to welcome the new year. Therefore, check out our fabulous New Year’s Eve packages now!

Which yacht options are available for booking during New Year’s Eve?

At Yacht Rental UAE, we have several amazing yachts to choose from to celebrate New Year’s Eve, including the stunning 76 ft Fairline, the stylish 90 ft Sunskeer and the massive 164 ft Benetti. Our concierge will help you choose the model that suits your needs best.

Can I watch fireworks at midnight while at a new year yacht party?

Yes, you can watch the spectacular fireworks that Dubai is known for at midnight during your yacht party. We will anchor the yacht at a convenient location so that you get the best views.

For how long can I book a yacht on New Year’s Eve?

We usually offer yachts for rent on New Year’s Eve for 6 hours, from 9:00 pm in the evening to 3:00 am the next day. Let our concierge know in advance if you want to extend your trip.

Is food included in a New Year’s Eve yacht package?

Yes, we provide food as part of all our New Year’s Eve yacht charter packages.

Is there any yacht I can book for New Year’s Eve that has a Jacuzzi?

Yes, we have several yacht options with Jacuzzis that you can book for New Year’s Eve, and the most popular one is the 164 ft Benetti.

Is it worthwhile to book a yacht for New Year's Eve in Dubai?

Definitely. By booking a yacht for New Year's Eve, you get to skip the crowds and get front-row seats to watch the spectacular firework display. We offer premium food, beverage and entertainment options to enhance your new year yacht charter experience.