Conor McGregor’s Lamborghini Yacht- The 'Supercar of the Sea'

Designed to represent high-end luxury and performance, dual-weight champion Conor McGregor’s yacht named Lamborghini is making headlines around the world. This $4 million vessel is futuristic in design and was introduced in the summer of 2020 by The Italian Sea Group. 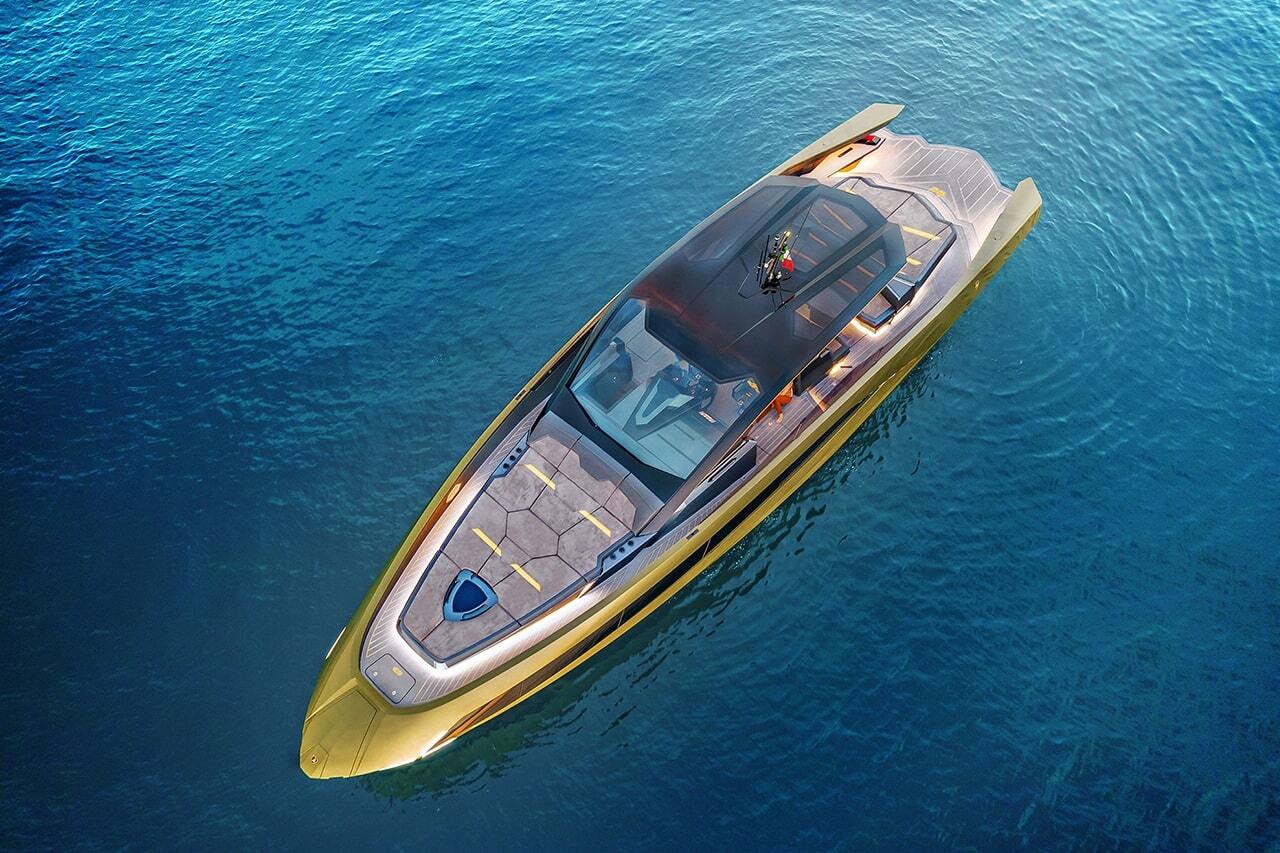 Conor McGregor’s yacht – A sleek vessel for the daring explorer

As the name implies, 33-year-old Conor McGregor’s Lamborghini yacht is visually appealing, fast, and glamorous. McGregor is the highest-paid athlete globally, and Lamborghini 63 is a new addition to his luxury toy collection. His recent appearance at the Formula 1 event held in Monaco on the yacht caused a major flutter across social media.

The 24-ton yacht is equipped with dual MAN V12 engines. She has an impressive horsepower of 2000 and a maximum speed of 60 knots. The specifications make it obvious that she is sporty and speedy, and is a great option for adventure yachting enthusiasts.

Staying true to its name, Conor McGregor’s yacht has adapted a number of features that distinguish Lamborghini cars from the others. There are two elegant bedrooms with state-of-the-art facilities onboard. There are angular windows that are quite similar in design to the ones commonly featured in Lamborghini’s luxury cars.

The yacht has a carbon-fiber superstructure and a cockpit that nautically represents the interiors of a Lamborghini model. There is a unique ‘Start & Stop’ button near the Lamborghini-style driving seats of the yacht. McGregor has posted several photos on Instagram of himself driving the yacht. They give off the impression of the athlete riding in a Lamborghini car.

The leather pilot seats that the yacht is furnished with for the visitors to lounge on are similar to those of the Huracan Evo. Her helm has been crafted based on the Aventador’s steering wheel. Her exterior, including the verde gea green hull, is inspired by the design of the Lamborghini Sian.

Simply put, Conor McGregor’s new yacht is a direct translation of a supercar into a superyacht.

Conor McGregor’s yacht was created under the partnership between the car brand Lamborghini and the yacht brand Tecnomar, which is part of The Italian Sea Group. The yacht is a mixture of high-end automotive performance and Italian craftsmanship. Each feature, from the size and design to the agility of the yacht gives off the notion of a vessel that is built to impress.

Widely regarded as a global operator in the highly competitive luxury yachts industry, The Italian Sea Group is involved in the building and refitting of yachts of all sizes up to 140 meters. The company is managed by the well-known Italian entrepreneur Giovanni Constantino. For several years, the business has worked with brands such as Tecnomar, Admiral, Perini Navi, and Picchiotti. The company’s 144 thousand square meter shipyard is located in Italy. Conor McGregor’s yacht is one of its latest developments.

Tecnomar is a proudly 100% Italian brand that has delivered 289 yachts to date. The brand claims to represent the best of what Italy’s nautical tradition has to offer. It has been expanding its fleet with yachts of up to 50 meters since 1987. The brand is on par with top global yacht manufacturers like Sunseeker, the models of which are available for a luxury yacht rental in Dubai.

The Lamborghini yacht’s features are a testament to the attention to detail that the brand pays in bringing both style and power to the table. With 2000 horsepower and powerful twin engines, she is considered to be the fastest yacht in Tecnomar’s fleet at present.

In June 2020, Tecnomar and Lamborghini got into their joint initiative to produce 63 yachts. The exact number 63 was introduced as a throwback to the year 1963 as it was when the Lamborghini brand was founded.

When McGregor reached out to Tecnomar requesting a yacht, he was given yacht number 12. It signifies Proper No. Twelve, which is the name of his Irish whiskey company.

The Italian car brand Lamborghini needs no introduction. It is known for its collection of exceptionally fast and attractively designed cars. The collaboration of the car brand with one of Italy’s finest yacht manufacturers was a much-awaited one that was splashed across the media. It did not disappoint as the new Lamborghini yacht’s features are terrific in every way.

The introduction of Conor McGregor’s yacht was highly anticipated on social media. Fans created several Instagram accounts to provide updates on the yacht’s development. Conor McGregor himself couldn’t resist sharing a few photos on Instagram with his millions of followers.

The purchase of Conor McGregor’s Lamborghini yacht was announced through his Instagram account on the 12th of October in 2020. He gave detailed information about the yacht’s features and thanked the team behind its production through a long caption. The Irishman shared a photo showing the similarities between his yacht and a Lamborghini car. Snaps and videos of his meeting with Tecnomar, along with his family, were added to the post as well. The post was liked over 500,000 times.

There are posts about Conor McGregor’s yacht shared from time to time, and they are always widely appreciated by his followers. Due to health and other related concerns, he had to wait for almost a year to actually get his hands behind the yacht’s steering wheel.

On the 20th of July in 2021, McGregor posted a snap of his yacht on the way to the sea with the caption “My Lamborghini yacht is ready”, garnering around 2,600,000 likes on Instagram.

Recently, on the 2nd of May in 2022, the martial artist shared a video of the yacht sailing off in style with the caption The ‘Supercar of the Sea’. It was viewed close to 3 million times and got all the fans hyped up.

The worth of Conor McGregor’s yacht

The Lamborghini yacht is worth $4 million and is one of the latest purchases by the dual-weight UFC champion, whose net worth is estimated to be $180 million. McGregor spent an additional $500,000 to customize the yacht based on his taste as well. Many of the customizations feature the branding of his whiskey company.

McGregor plans to expand his luxury toy collection with even more cars and sea vessels in the near future.